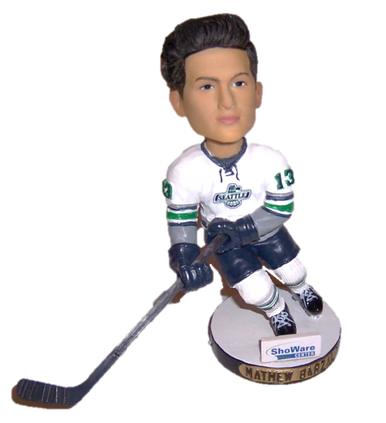 2018 NHL Rookie of the Year / Calder Trophy winner MATHEW BARZAL.
Get your own Bobblehead from Mathews junior hockey career in the original specially designed box.
Mathew helped lead his team to the Western Hockey League finals 2 years in a row and capture their first ever WHL Championship for the Seattle Thunderbirds in 2017.
The NHL New York Islanders drafted Mathew in 2015 1st Round 16th overall.  Prior to that, Mathew was drafted by the WHL Seattle Thunderbirds in 2012 1st Round 1st pick overall.

This product hasn't received any reviews yet. Be the first to review this product!